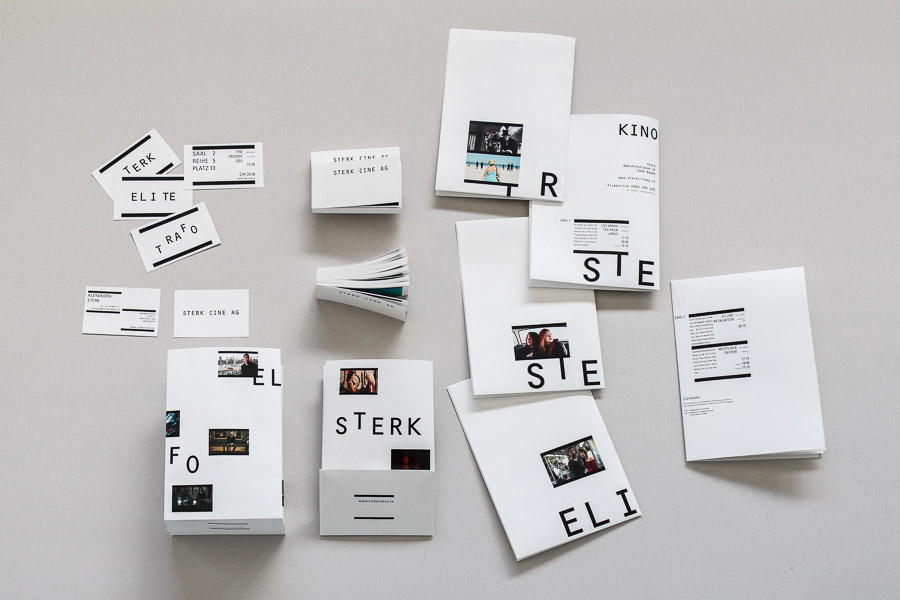 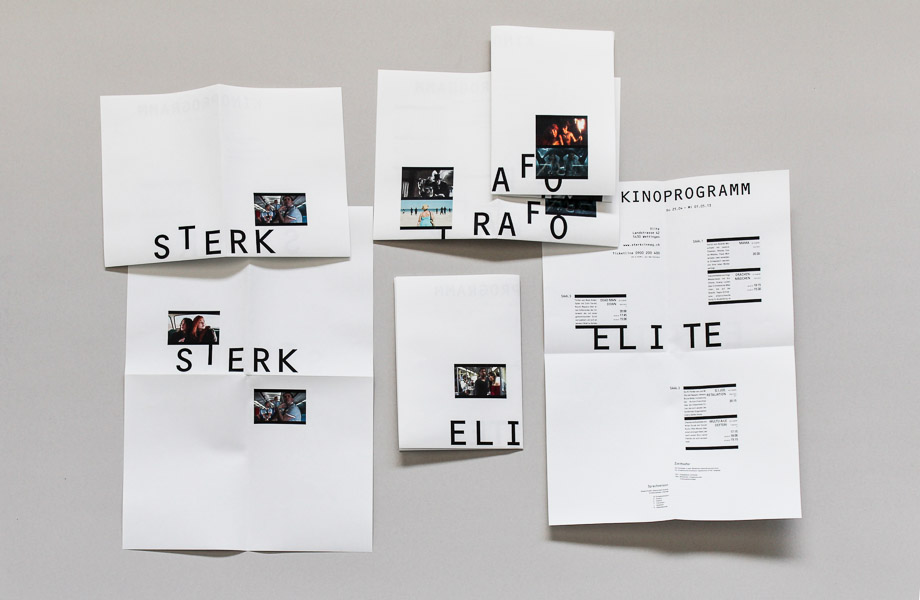 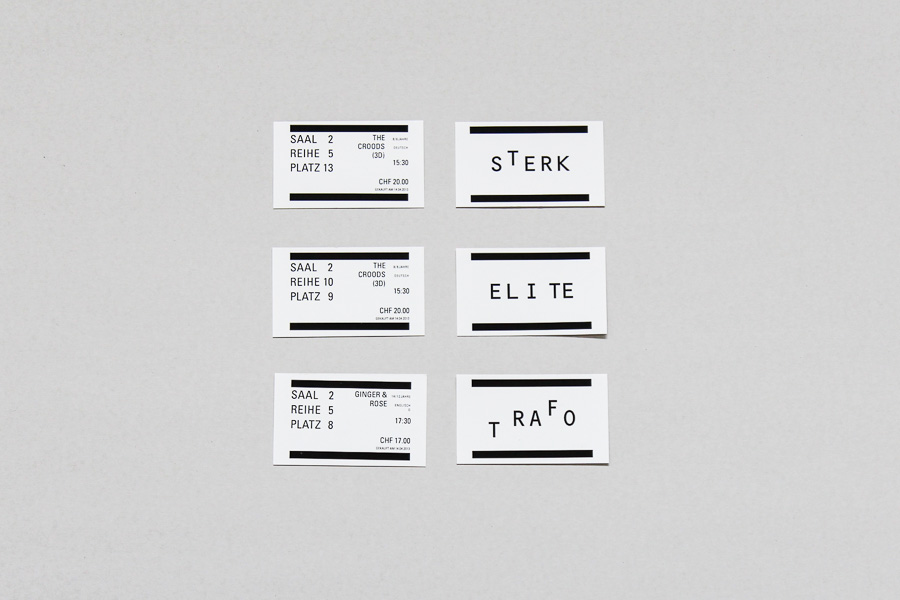 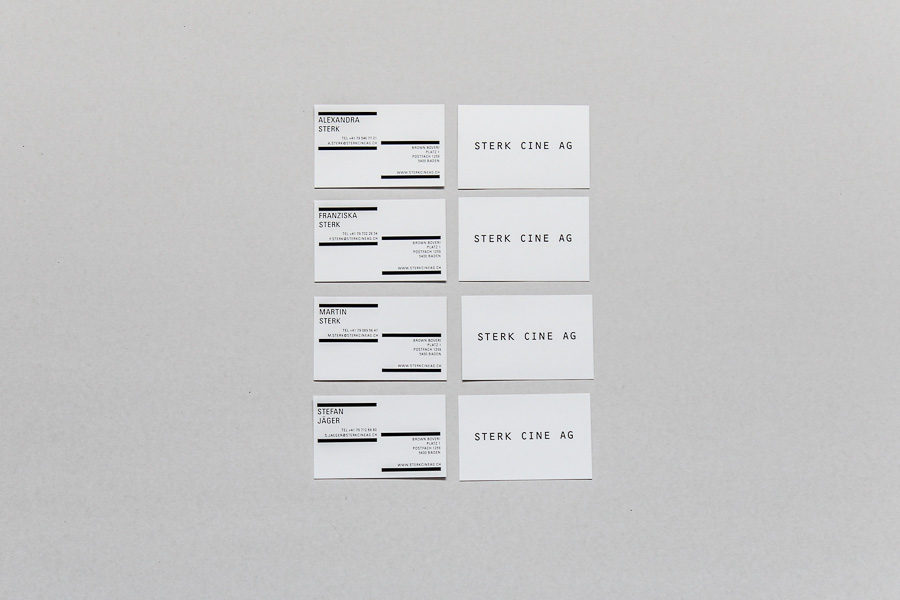 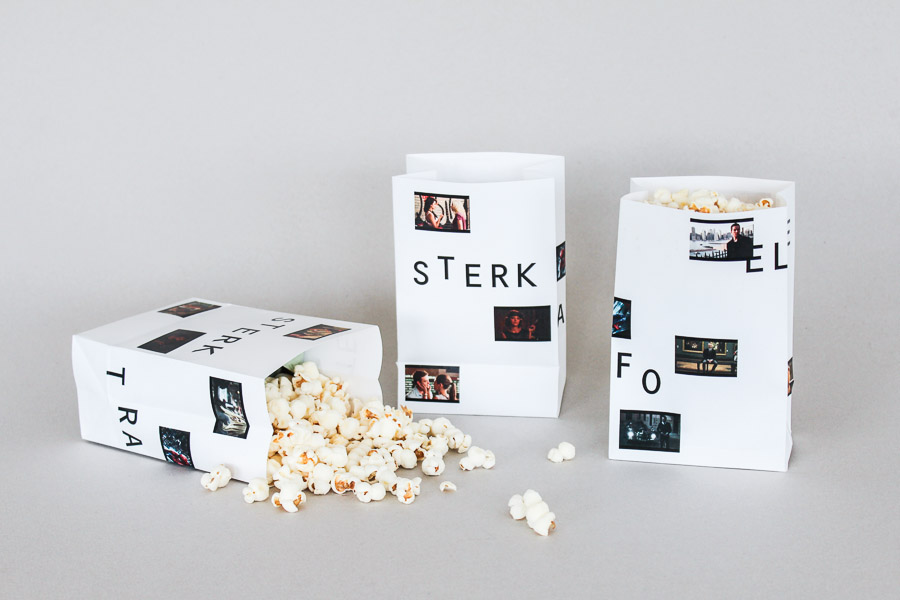 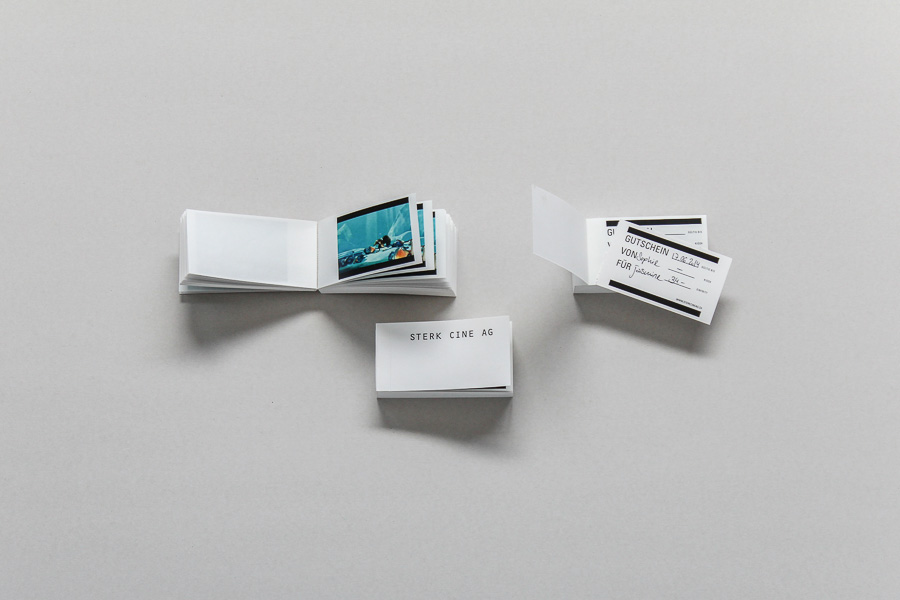 this is a fictional corporate identity for the «sterk cine ag»
in baden and wettingen. the company owns three cinemas with
different priorities in genre and target audience.

our goal was to create an identity which shows the differences
but also an overall image of the corporation. the logo of
each cinema follows different dynamics in the typographical grid
but each of them encloses placeholders for currently shown
movies. they are composed of the two black bars which
are known from old movies. as main design element we applied
them to the various media items such as posters, tickets,
business cards, gift card flip-books, popcorn bags, film guide
posters and display windows.