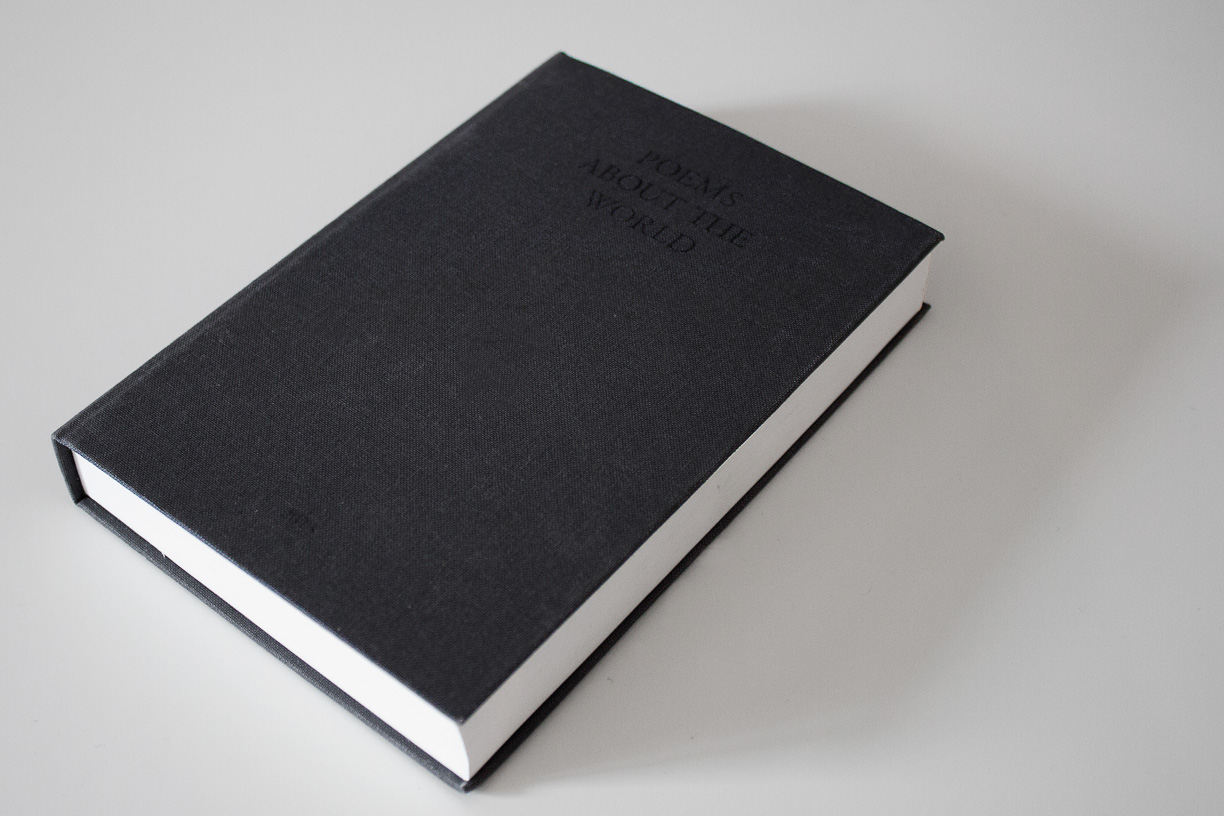 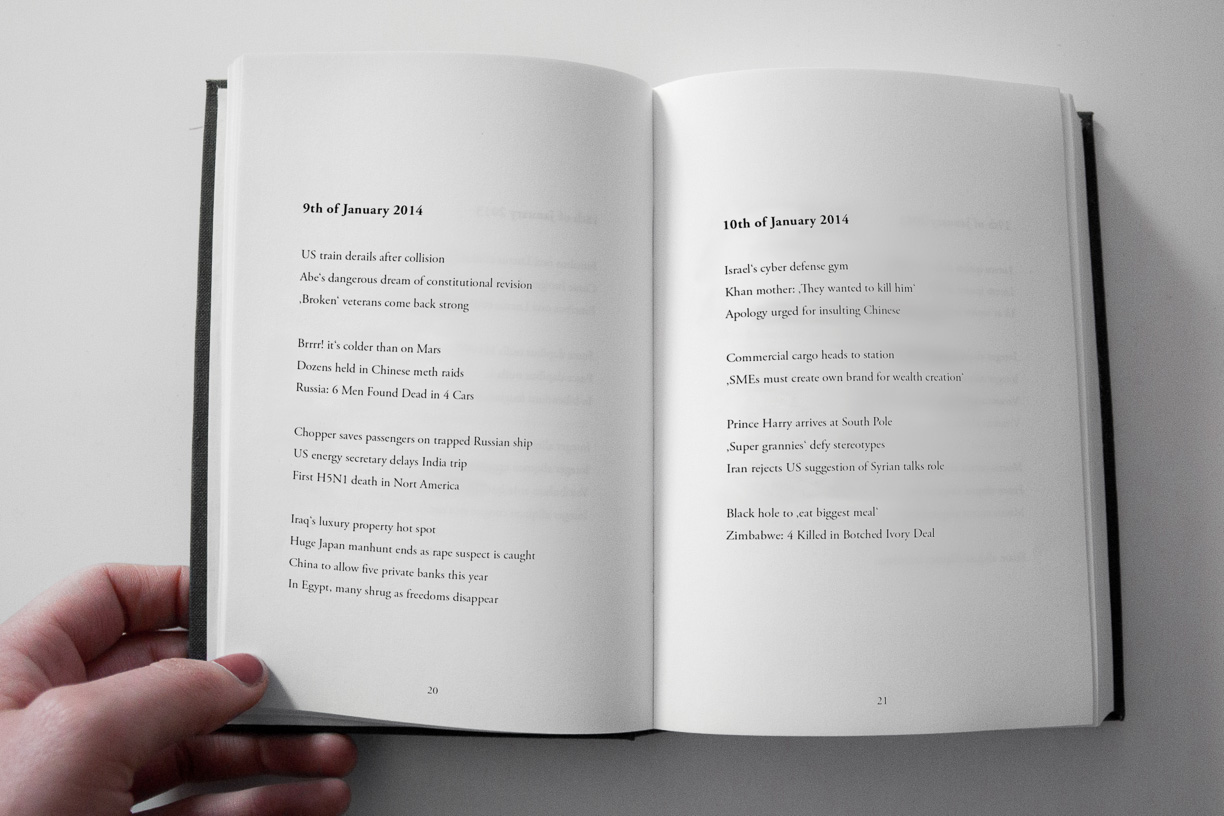 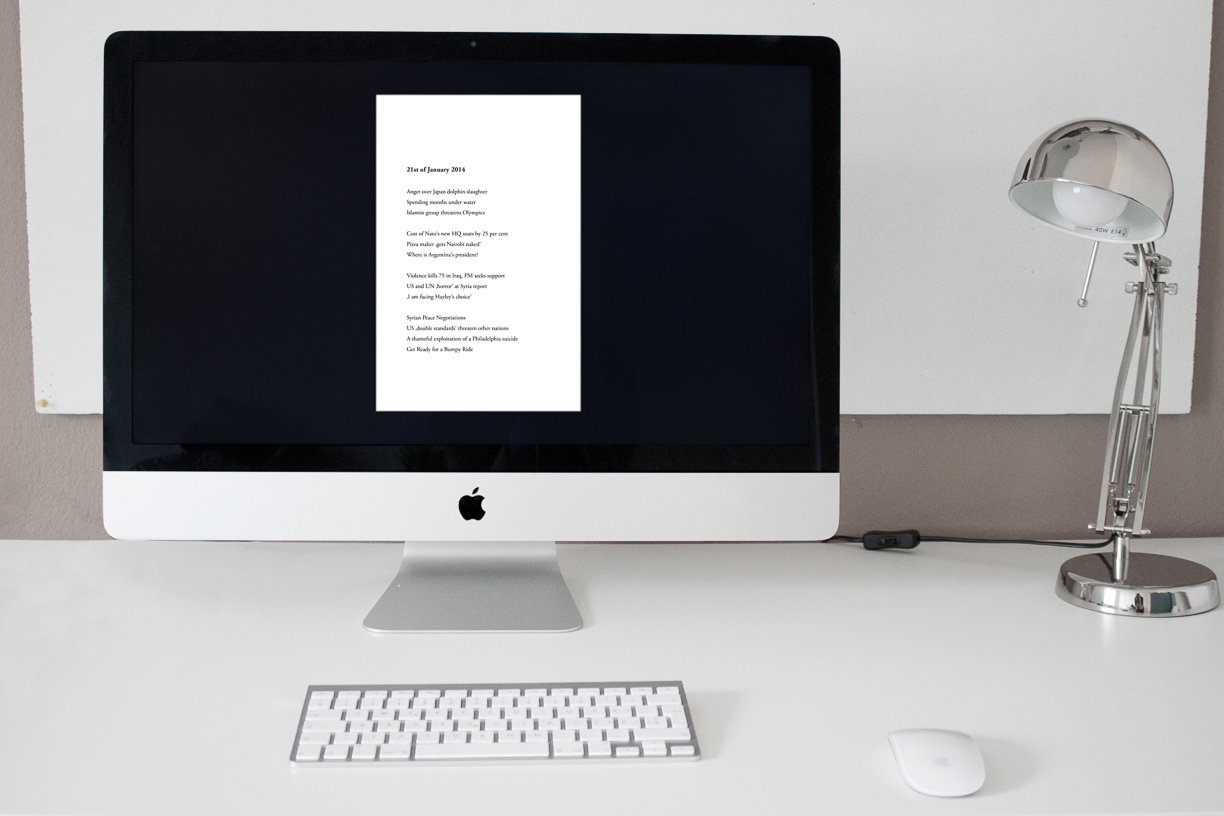 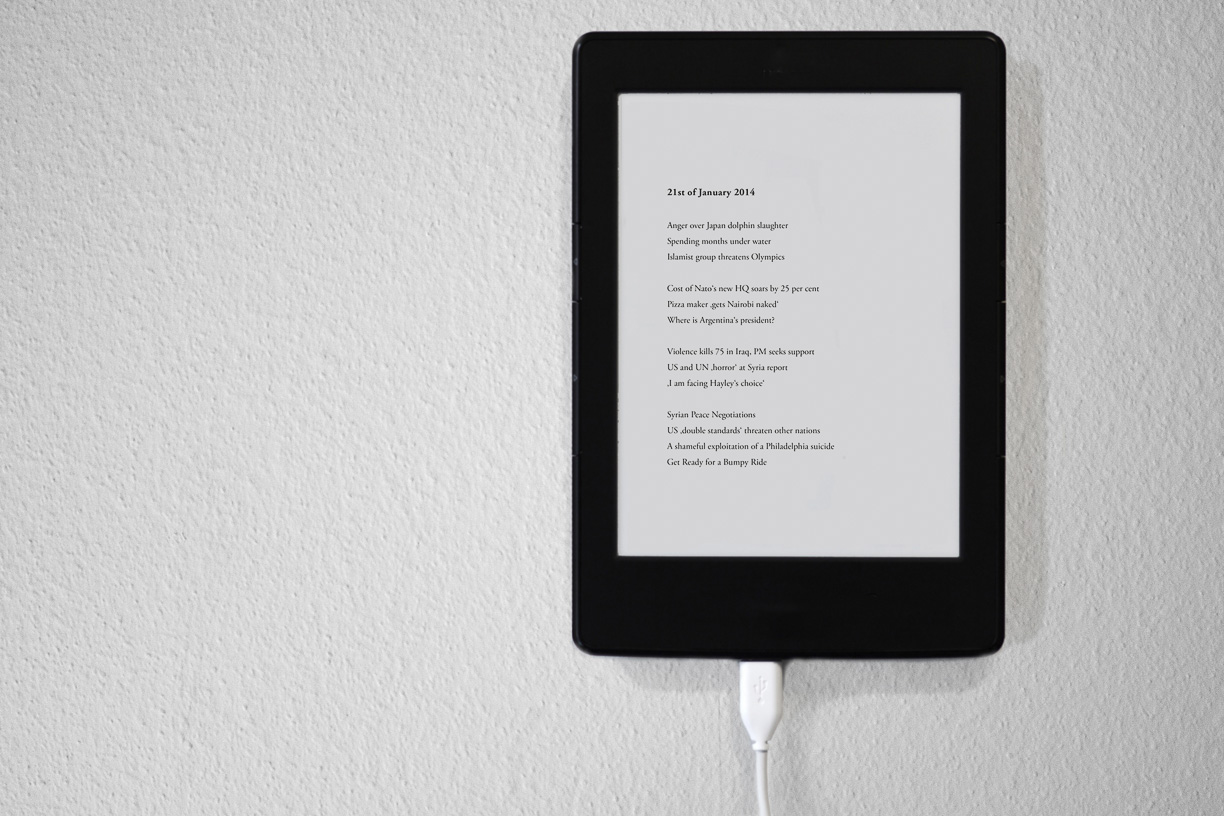 POEMS ABOUT THE WORLD

nowadays headlines like «nelson mandela died», «nearly
4 dozen people killed in iraq attacks» or «justin bieber doesn't
like swag anymore» are all over the internet. we're facing
hundreds of them on a daily basis. they tell us what's going on
all around the world. but above all they describe the world,
in which we live in.

«poems about the world» is a programme that creates poems
using the recent news from all over the world. developed
with processing, the code loads the recent headlines of the most
common newspapers, like the times, the guardian, and
many more into a database. comparing the last word of the
headlines it generates rhymes and arranges the headlines in the
typical structure of a poem. the process can be shown on
an electronic paper, which reminds of a daily tear-off calendar.

since january 1 2014 i started to let the programme create
a poem for every day, in order to produce a poetic almanac of
2014 out of the world's news.

with every headline, whether they're right or wrong,
the story of our world gets written.